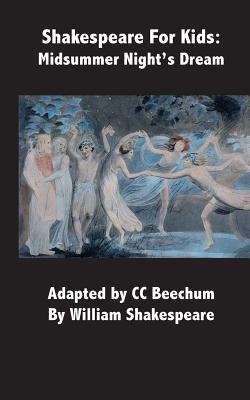 
Special Order - Usually Arrives in 1-5 Days
- This book cannot be returned
There are four main strands to Midsummer Night's Dream. One, which forms the basis of the action, shows preparations for the marriage of, Theseus, Duke of Athens, to Hippolyta, Queen of the Amazons, and (In the last act.) its celebration. The second strand is the love story of Lysander and Hermia (Who elope to escape her father's opposition.) and of Demetrius. Shakespeare adds the comic complication of another girl (Helena.) jilted by, but still loving, one of the young men. The third strand is the play for the wedding. I did not include this strand, because the play would be just too long, but I did include the weddings of all the couples at the end of the play. Feel free to add this whole part in if you prefer. The fourth strand Shakespeare depicts a quarrel between Oberon and Titiana, King and Queen of the fairies. Oberon's attendant, Robin Goodfellow, a puck, (Pixie.) interferes mischievously in the affairs of the lovers.