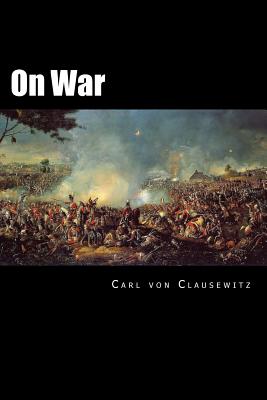 
Special Order - Usually Arrives in 1-5 Days
- This book cannot be returned
Carl Philipp Gottfried von Clausewitz (July 1, 1780 - November 16, 1831) was born in Burg bei Magdeburg, Kingdom of Prussia and was a Prussian soldier and military theorist who stressed the psychological and political aspects of war. Clausewitz served in the Rhine Campaigns (1793-1794) including the Siege of Mainz, when the Prussian army invaded France during the French Revolution, and served in the Napoleonic Wars from 1806 to 1815. Helped negotiate the Convention of Tauroggen (1812), which prepared the way for the coalition of Prussia, Russia, and the United Kingdom that ultimately defeated Napoleon and his allies. Clausewitz was promoted to Major-General in 1818 and appointed director of the Kriegsakademie, where he served until 1830. His widow published his magnum opus on the philosophy of war in 1832, on which he had started working in 1816, but had not completed.