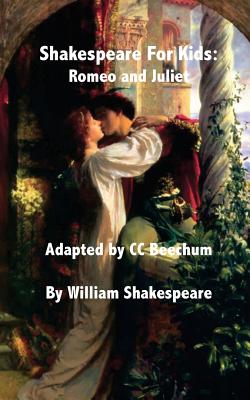 
Special Order - Usually Arrives in 1-5 Days
- This book cannot be returned
The time is the 15th century. The place is Verona, Italy. The Montagues and the Capulets, two noble families, have long disturbed the city's peace, with their senseless feud. At their home, the Capulets are preparing for a masked ball to celebrate the forthcoming marriage of fourteen-year old Juliet Capulet to Count Paris. Romeo Montague, crashes the Capulet party with his friend Mercutio. When Romeo sees Juliet there, he falls desperately in love. Juliet returns his feelings, and the two speak of love in the famous balcony scene. Although their parents do not know that they have even met, they plan to marry. Friar Lawrence performs the ceremony secretly. After the wedding Juliet returns home. The friar hopes the marriage will end the feud. Meanwhile, Tybalt, Juliet's cousin provokes Mercutio and has a quarrel with him and kills him. Romeo rushes to defend his friend and kills Tybalt. The Prince of Verona banishes Romeo in punishment for his crime. The next morning Juliet's father insists she marry Paris. Juliet begs Friar Lawrence for help. He gives her a potion that masks death. Later she awakens in the Capulet burial vault. Romeo fails to receive Friars letters telling him of the plan. Thinking Juliet is really dead, he buys a vial of poison and goes to the Capulet tomb. There he drinks the poison and dies. Waking from her coma, Juliet sees Romeo dead, and snatching the dagger from his belt, she kills herself. Their deaths bring the Capulets and the Montagues to their senses. Grief stricken they finally make peace.