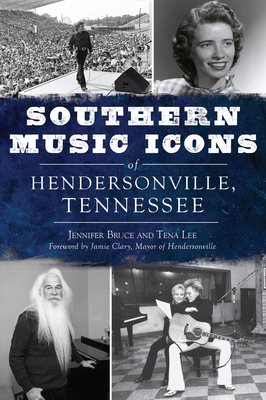 
Special Order - Usually Arrives in 1-5 Days
For more than four decades, Hendersonville has been home to extraordinary musical talent. Music icons of the early 1960s like Roy Orbison, Johnny Cash and June Carter migrated to the city and the tranquility of the lake. These musicians became part of the close-knit Caudill community, which was and continues to be home to southern music royalty. Orbison's legendary Pretty Woman came from his time in Hendersonville with his first wife, Claudette. Johnny Cash's critically acclaimed version of Trent Reznor's Hurt was filmed in Cash's Hendersonville home, leading to a new generation of fans. The '60s, '70s and '80s were a popular time for musicians to move to Hendersonville. Authors Jennifer Bruce and Tena Lee offer up the legendary history.