A Negro Explorer at the North Pole (Paperback) 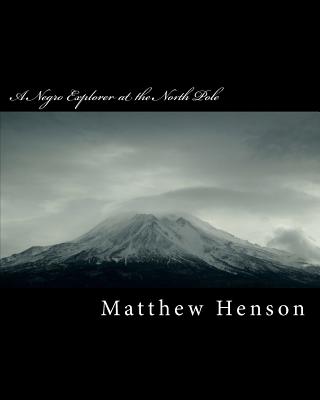 A Negro Explorer at the North Pole (Paperback)

By Matthew A. Henson


Special Order - Usually Arrives in 1-5 Days
- This book cannot be returned
A Negro Explorer at the North Pole By Matthew A Henson About his quest for the North with Admiral Peary. Receiving many honors posthumously, Matthew Henson was much overlooked throughout his entire career as an explorer. Though he traveled throughout the northern hemisphere and is acknowledged the first man to reach the North Pole, his accomplishments were overshadowed by his colleague, Commander Robert Perry. Henson faced and overcame many of the limitations and struggles inherent for African Americans at the time. Orphaned at a young age, Henson worked hard to earn his way from being employed as a dishwasher, to a position as a Cabin boy, and eventually, he became a skilled navigator, and explorer. Reflecting back he wrote two books about his experiences, "A Negro Explorer at the North Pole" and "Dark Companion." The story of Matthew Henson's fascinating life encourages one to believe in oneself despite the odds, and to rise above the limited expectations of others to reach any goal.