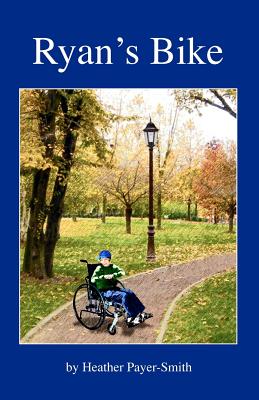 
Special Order - Usually Arrives in 1-5 Days
- This book cannot be returned
Ryan loves bikes - it's all he ever thinks about Ryan also has Cerebral Palsy and will never be able to ride a bike of his own. One of Ryan's favorite things to do is watch his older sister, Megan, ride her bike. Megan knows that, deep down, Ryan wishes he could be the one riding the bike. Megan finds a special bike made just for someone like Ryan, but her family cannot afford to buy one. Instead, Megan is left to entertain her brother with stunts that she can do on her bike - that is, until the day she breaks her arm while attempting a new trick. Ryan is heartbroken that Megan can't ride her bike, but becomes devastated when he learns that she's afraid to get back on it With Ryan's support and encouragement (and a special surprise for Ryan), Megan is able to overcome her fear and, together, they learn never to give up on their dreams.