The Testament of Mary (Hardcover) 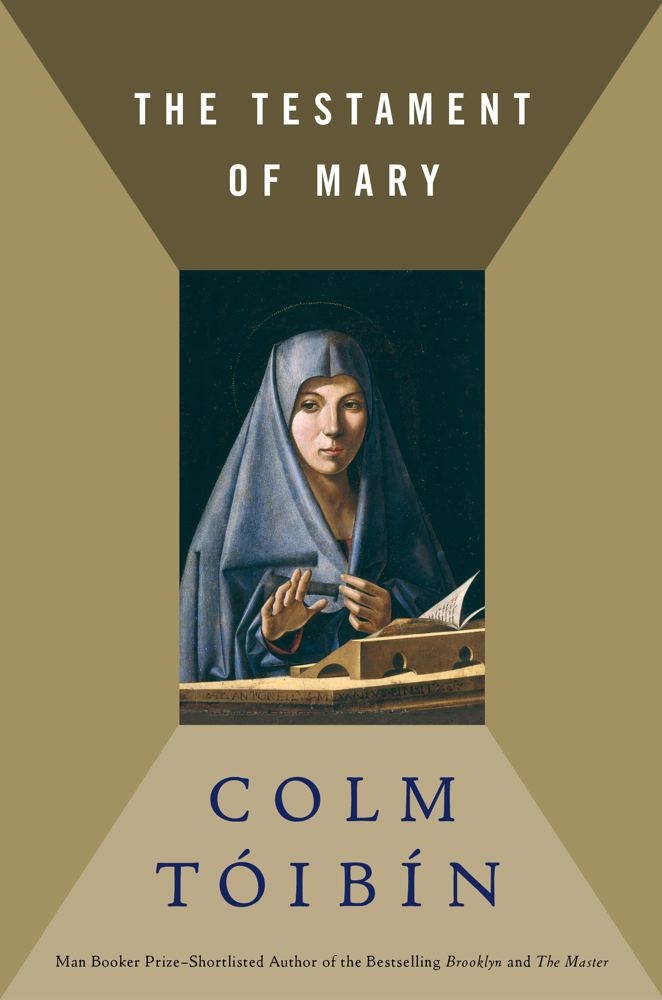 By Colm Toibin
$19.99
Availability to be confirmed

Shortlisted for the 2013 Man Booker Prize, Colm Tóibín's provocative, haunting, and indelible portrait of Mary presents her as a solitary older woman still seeking to understand the events that become the narrative of the New Testament and the foundation of Christianity.

In the ancient town of Ephesus, Mary lives alone, years after her son’s crucifixion. She has no interest in collaborating with the authors of the Gospel—her keepers, who provide her with food and shelter and visit her regularly. She does not agree that her son is the Son of God; nor that his death was “worth it;” nor that the “group of misfits he gathered around him, men who could not look a woman in the eye,” were holy disciples. Mary judges herself ruthlessly (she did not stay at the foot of the Cross until her son died—she fled, to save herself), and is equally harsh on her judgement of others. This woman who we know from centuries of paintings and scripture as the docile, loving, silent, long-suffering, obedient, worshipful mother of Christ becomes a tragic heroine with the relentless eloquence of Electra or Medea or Antigone. Tóibín’s tour de force of imagination and language is a portrait so vivid and convincing that our image of Mary will be forever transformed.

Colm Tóibín is the author of ten novels, including The Master, winner of the Los Angeles Times Book Prize; Brooklyn, winner of the Costa Book Award; The Testament of Mary; and Nora Webster, as well as two story collections and several books of criticism. He is the Irene and Sidney B. Silverman Professor of the Humanities at Columbia University. Three times shortlisted for the Booker Prize, Tóibín lives in Dublin and New York.

“Tóibín is at his lyrical best in The Testament of Mary, a beautiful and daring work…it takes its power from the surprises of its language, its almost shocking characterization, its austere refusal of consolation.”
— Mary Gordon

“Lovely, understated and powerfully sad, The Testament of Mary finally gives the mother of Jesus a chance to speak. And, given that chance, she throws aside the blue veil of the Madonna to become wholly, gloriously human.”
— Annalisa Quinn

“Tóibín applies a Joycean ruthlessness…Imagining himself into Mary’s interior life is his boldest jump yet.”
— Hermione Lee

“Tóibín suffuses the story with a sense of mystery and makes the reader feel (perhaps as never before) the tragedy of the crucifixion.”
— Macy Halford

“A deeply, if at times painfully, human portrait of Mary, tearing asunder the robes of red and blue that envelop her in paintings and sculptures.”
— Michael O’Loughlin

“With this masterly novella, Tóibín has finally tackled the subject of Christianity—and he has done so with a vengeance…Nowhere in this beguiling and deeply intelligent, moving work is Mary’s attention to detail more instrumental (and more like a novelist’s) than in her account of her son’s death…In a single passage—and in a rendition, furthermore, of one of the most famous passages of western literature—Tóibín shows how the telling and the details are all-important.”
— Robert Collins

“[A] monumental achievement…equally powerful and poignant whether it’s read by one who espouses or eschews the New Testament…A tender, soul-rending exploration of a mother’s mourning; a searing, stunning work.”
— Leyla Sanai

“The Testament of Mary is an important and persuasive book: Tóibín's weary Mary, sceptical and grudging, reads as far more true and real than the saintly perpetual virgin of legend. And Tóibín is a wonderful writer: as ever, his lyrical and moving prose is the real miracle.”
— Naomi Alderman

“There is a profound ache throughout this little character study, a steely determination coupled with an unbearable loss. Although it has some insightful things to say about religion and the period—the descriptions of the Crucifixion are visceral—it has a universal message about the nature of loss. ‘I can tell you now, when you say he redeemed the world, I will say that it was not worth it. It was not worth it.’”
— Stuart Kelly

“This novel is the Virgin's version of the life of Christ. After a lifetime listening to everyone else's versions of that life, she is angry and frustrated because they are all questionable.”
— John Spain

“Reading this perfect little novella is like watching someone light a candle inside a lantern.”
— The Age (Australia)

“A stunning interpretation that is as beautiful in its presentation as it is provocative in its intention.”
— Booklist

“[A] poignant reimagining of the last days of Christ.”
— Publishers Weekly

“[The Testament of Mary] builds to a provocative climax, one that is as spiritually profound as its prose is plainspoken…A work suffused with mystery and wonder.”
— Kirkus Reviews