As A Man Thinketh: Timeless Wisdom That Inspires People To Achieve Great Riches and Happiness (Paperback) 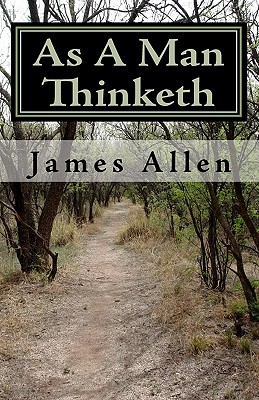 As A Man Thinketh: Timeless Wisdom That Inspires People To Achieve Great Riches and Happiness (Paperback)


Special Order - Usually Arrives in 1-5 Days
- This book cannot be returned
Since its first release in 1902, As A Man Thinketh has inspired and guided millions of people across the globe. Many great people have read this short concise book and marvelled at the simplicity of the message. It is without doubt one of the greatest world classics of personal development. "The soul attracts that which it secretly harbors, that which it loves, and also that which it fears. It reaches the height of its cherished aspirations. It falls to the level of its unchastened desires - and circumstances are the means by which the soul receives its own." As you read the words of this book you will without doubt understand the reason why its contents have stood the test of time and been the foundation of countless other works buy some the greatest authors of the last 100 years. Enjoy the simple secret that is revealed in its pages, as James Allen guides you through the process of creating your life the way you want it.
James Allen was born on 28th November 1864 in Leicester, England. He was a philosophical writer known for his inspirational books and poetry. At the age of 15 his father, a businessman, was robbed and murdered so he had to leave school to work full-time in several British manufacturing firms to help support the family. At the age of 38 he retired from employment to become a full time writer. Allen - together with his wife Lily and their daughter, Nohra - moved to a small cottage in Ilfracombe, Devon, England to pursue a simple life of contemplation. There he wrote for nine years, producing 19 works. He also edited and published a magazine, "The Light of Reason". His most famous book, As a Man Thinketh, is now considered an all time classic self-help book. Its underlying message is that noble thoughts make a noble person, while lowly thoughts make a miserable person. Allen died in 1912 at the age of 47.