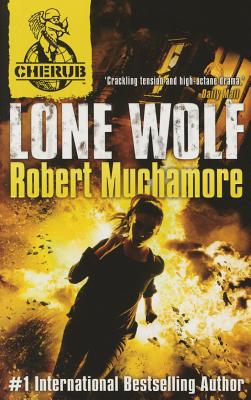 This is book number 4 in the Cherub (Paperback) series.

Fay has spent eighteen months locked up in a Secure Training Centre. Drug deals and rip-offs are the only things this teenager knows. Now she's back on the street, looking to settle old scores.

CHERUB agents Ryan and Ning need Fay's knowledge to unearth a major drug importer. They're trained professionals with one essential advantage: even experienced criminals never suspect that children are spying on them.

But Fay's made a lot of enemies and she's running out of time ...

For official purposes, these children do not exist.
ROBERT MUCHAMORE was born in Islington in 1972. As a teenager he dreamt of either becoming an architect, a photographer or a writer. On discovering that architects have to train for seven years and after quitting his Saturday job in a camera shop, he saved up enough money to buy a word processor and set his heart on writing. The only problem was, he didn't know what to write. So, he found a regular job and spent thirteen years as a private investigator.

He was inspired to start writing again by his nephew's complaints about the lack of anything decent to read. Robert's CHERUB and Henderson's Boys series are bestsellers around the world.

Robert grew up listening to mix tapes sent to him by his older brother, developing tastes for indie bands like Joy Division, The Pogues and The Smiths. The idea for Rock War came from seeing that many of Robert's fans turned up at book signings wearing the logos of long dead rock bands, and a realisation that his online fan forum had more kids talking about the X-Factor than about his books.
For more information, go to www.muchamore.com.
The 16th novel in the spy series from this entertaining weaver of a good story.—Irish Daily Mail

The pace is fast and action awaits you on every page... a real page turner 10/10.—The Olly Book Blog

Teenage readers who appreciate gritty, fast-paced, high-octane drama will be gripped. [Muchamore] at the top of his game.—Daily Express

It's difficult to put the book down ... This book is perfect for anyone who likes action stories and people who like being kept in suspense—School Librarian

Downright fun. It's hard not to compare it to Class A, but this felt like it was amped up to a higher level—Adventures of a Subversive Reader