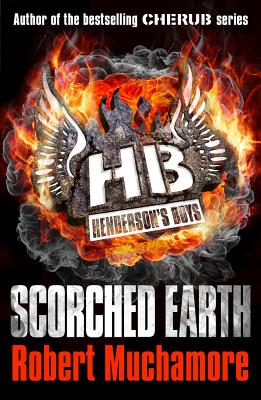 As Allied soldiers prepare to land in France, Marc and his friends must destroy a battalion of German tanks that could halt the invasion in its tracks.
The tide of war has turned against the Nazis, but desperation has made them more brutal than ever.
Henderson's Boys' final mission will be their most dangerous. With food and weapons in short supply, survival is the biggest challenge of all.

He was inspired to create the CHERUB series by his nephews` complaints about the lack of anything for them to read! The CHERUB series has now become a number one bestseller in several countries. For more information, go to www.muchamore.com.

It has the feel of something quite big and satisfying... Muchamore's voice is fresh and direct.—Daily Telegraph