The Visible Man: A Novel (Paperback) 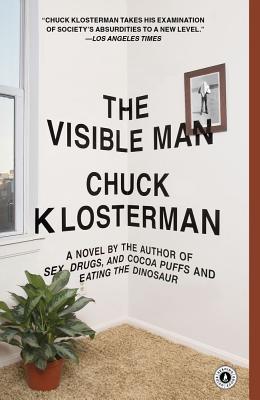 The Visible Man: A Novel (Paperback)


Special Order - Usually Arrives in 1-5 Days
New York Times bestselling author of Sex, Drugs, and Cocoa Puffs and Downtown Owl, “the Ethicist” of the New York Times Magazine, Chuck Klosterman returns to fiction with his second novel—an imaginative page-turner about a therapist and her unusual patient, a man who can render himself invisible.

Therapist Victoria Vick is contacted by a cryptic, unlikable man who insists his situation is unique and unfathomable. As he slowly reveals himself, Vick becomes convinced that he suffers from a complex set of delusions: Y__, as she refers to him, claims to be a scientist who has stolen cloaking technology from an aborted government project in order to render himself nearly invisible. He says he uses this ability to observe random individuals within their daily lives, usually when they are alone and vulnerable. Unsure of his motives or honesty, Vick becomes obsessed with her patient and the disclosure of his increasingly bizarre and disturbing tales. Over time, it threatens her career, her marriage, and her own identity.

Interspersed with notes, correspondence, and transcriptions that catalog a relationship based on curiosity and fear, The Visible Man touches on all of Chuck Klosterman’s favorite themes—the consequence of culture, the influence of media, the complexity of voyeurism, and the existential contradiction of normalcy. Is this comedy, criticism, or horror? Not even Y__ seems to know for sure.
Chuck Klosterman is the bestselling author of many books of nonfiction (including The Nineties, Sex, Drugs, and Cocoa Puffs, I Wear the Black Hat, and But What If We're Wrong?) and fiction (Downtown Owl, The Visible Man, and Raised in Captivity). He has written for The New York Times, The Washington Post, GQ, Esquire, Spin, The Guardian, The Believer, Billboard, The A.V. Club, and ESPN. Klosterman served as the Ethicist for The New York Times Magazine for three years, and was an original founder of the website Grantland with Bill Simmons.
“Richly drawn and dryly funny…Klosterman is terrifically expressive, funny company.... Klosterman’s unique voice is never less than right out in the open.” —Los Angeles Times