Narrative of the Life of Frederick Douglass, an American Slave (Signature Classics) (Hardcover) 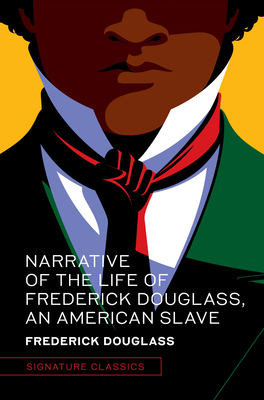 Narrative of the Life of Frederick Douglass, an American Slave (Signature Classics) (Hardcover)


Coming Soon - Available for Pre-Order Now
No book except perhaps Uncle Tom's Cabin had as powerful an impact on the abolitionist movement as Narrative of the Life of Frederick Douglass. This hardcover edition is packaged distinctively with a beautifully designed jacket by noted illustrator Malika Favre.
As a slave, Frederick Douglass realized that learning to read and write would be his path to freedom. His Narrative of the Life of Frederick Douglass, an American Slave, written after his escape, was one of the first documents to inform nineteenth-century Americans of the horrors of slave lives. This starkly honest and verifiable account, which appalled readers and gave new momentum to the abolitionist movement, is as shocking today as when it was first published. This volume also includes eleven selected essays and speeches, among them the famous "What to the Slave Is the Fourth of July?" (1852)
Frederick Douglass (1818-1895) was an African American social reformer, abolitionist, orator, writer, and statesman. After escaping from slavery in Maryland, he became a national leader of the abolitionist movement, gaining note for his dazzling oratory and incisive antislavery writings.