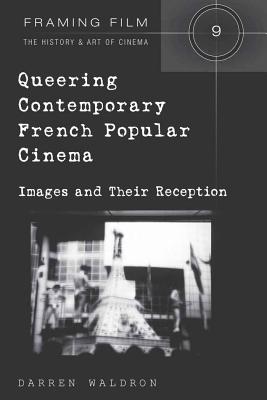 Availability to be confirmed
- This book cannot be returned

This is book number 9 in the Framing Film series.

Queering Contemporary French Popular Cinema combines close film analysis with a small-scale qualitative investigation of audience responses to examine images of queerness in contemporary French popular cinema and their reception. Through its blending of the textual and the empirical, this book provides a unique insight into the ways in which sexuality and gender are represented on the cinema screen, as well as the spectator reactions they elicit. Since the mid-1990s, depictions of lesbians, gay men, and queer forms of sexual desire and identity have shifted to the mainstream of French cinematographic representation - as evidenced by the box-office success of a series of highly commercial comic films, including Gazon maudit (Josiane Balasko, 1995), P dale douce (Gabriel Aghion, 1996), Le Placard (Francis V ber, 2000), and Chouchou (Merzak Allouache, 2003). Alongside this commercial strand, a series of small-budget alternative comedies and other genre films have also challenged heteronormative conceptualizations of sexuality and gender. Films such as Sitcom (Fran ois Ozon, 1998), L'Homme est une femme comme les autres (Jean-Jacques Zilbermann, 1997), Pourquoi pas moi? (St phane Giusti, 1999), Dr le de F lix (Olivier Ducastel and Jacques Martineau, 2000), and Les Chansons d'amour (Christophe Honor , 2007) portray desire as fluid and/or gender as unfixed. With their use of parody and their blending of comedy with the musical, melodrama, romance or road movie, these and other similar films have resonated with a burgeoning viewing public, tired of having to seek queerness in connotation, of appropriating marginal characters in ostensibly straight narratives, and of tragedy and trauma as the principal modes of representation and spectator address.