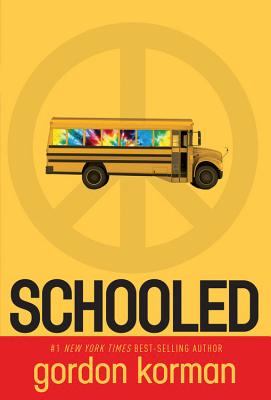 
Special Order - Usually Arrives in 1-5 Days
Gordon Korman's best-known bestseller! A quirky homeschooled kid must learn how to fit in (or stand out) at public school in this heartwarming fish-out-of-water classic.

Capricorn Anderson had never watched a television show before. He'd never tasted a pizza. He had never even heard of a wedgie. And he had never, in his wildest dreams, thought of living anywhere but Garland Farm commune with his hippie caretaker, Rain.

Capricorn (Cap for short) lived every day of his life on Garland Farm growing fruits and vegetables. He was homeschooled by Rain, the only person he knew in the world. Life was simple for Cap. But when Rain falls out of a tree while picking plums and is hospital-ridden, he has to attend the local middle school and live with his new guidance counselor and her irritable daughter. While Cap knew a lot about Zen Buddhism, no amount of formal education could ready him for the trials and tribulations of public middle school.

Cap doesn't exactly fit in at Claverage Middle School (dubbed C Average by the kids). He has long, ungroomed hair, wears hemp clothes, and practices Tai Chi out on the lawn. His weirdness basically makes him the biggest nerd in school. This is great news for Zach Powers, big man on campus. He can't wait to instate the age-old tradition in C-Average School: The biggest nerd is nominated for class president -- and wins. So when Cap becomes president, he is more puzzled than ever. But as Cap begins to take on his duties, the joke starts to turn on Zach.

Will Cap turn out to be the greatest President in the history of C-Average School? Or the biggest punchline?
Gordon Korman wrote his first book at age fourteen and since then has written more than eighty middle grade and teen novels. His favorites include the New York Times bestselling The 39 Clues: Cahills vs. Vespers, Book One: The Medusa Plot; Ungifted; Pop; and Schooled. Gordon lives with his family on Long Island, New York. He invites you to visit him online at GordonKorman.com.