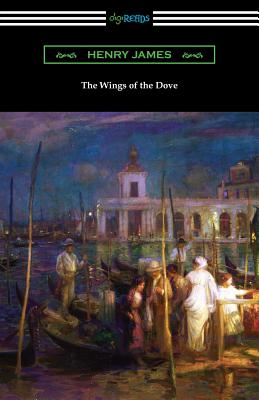 By Henry James
$11.99
Usually Ships in 1-5 Days
This book cannot be returned

First published in 1902, "The Wings of the Dove" is considered to be one of Henry James's great masterpieces. It is the story of Milly Theale, a wealthy American heiress, who has traveled to London and tries to conceal that she is facing a serious illness, and the young couple she spends time with there, Kate and Merton. Milly is in love with Merton, but does not tell him this, while Kate and Merton are secretly engaged to be married to each other, a secret that they too are concealing from Milly. Kate and Merton feel they cannot marry as they are quite poor. Driven by desperation and greed, Kate concocts a cruel plot to inherit Milly's money. She attempts to convince Merton to pretend to love Milly, marry her, and then he will inherit her riches upon her impending death. Kate and Merton would then be free to marry with Milly's money. It is a story of greed and deception, while also a heartbreaking portrait of Milly's struggle to "achieve, however briefly and brokenly, the sense of having lived". A semi-biographical tale of James's own cousin, Minny Temple, "The Wings of the Dove" is a classic and compelling work of American literature. This edition is printed on premium acid-free paper.