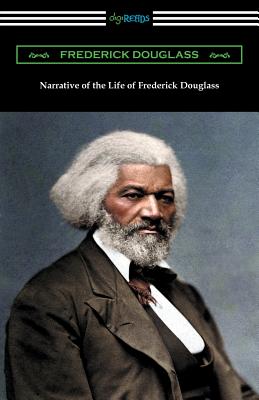 
Special Order - Usually Arrives in 1-5 Days
- This book cannot be returned
First published in 1845, the "Narrative of the Life of Frederick Douglass" is the memoir of former slave turned abolitionist, Frederick Douglass. Considered as one of the most famous of all the slave narratives ever written, the story recounts Douglass's life from early childhood growing up in Maryland as a slave to his eventual escape to the North. Douglass tells of his life with various owners depicting the cruelty that he himself endured and was witness to. Douglass begins to learn to read and write when his master's wife, Mrs. Sophia Auld, begins teaching him the alphabet and some small words. His instruction quickly comes to an end though when Mr. Auld disapproves. Douglass, however, realizing the importance of literacy, takes it upon himself to learn to read and write. This decision would serve him well as he would eventually use it to document the civil injustices of slavery in 19th century America and to craft his impassioned oratories against it. The work of Frederick Douglass would be an early and inspirational voice in the abolitionist movement, one which would give hope to the cause and which would ultimately help to bring about an end to that brutally unjust chapter of American history known as slavery. This edition is printed on premium acid-free paper.