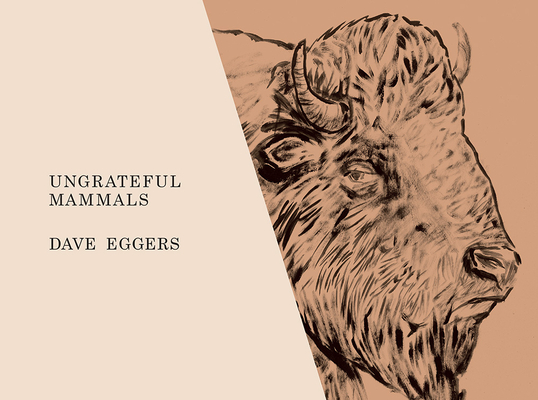 
Availability to be confirmed
Eggers is one of the most notable writers of his generation, recognized for such bestsell­ing and critically acclaimed books as A Hologram for the King, What Is the What, and The Circle. Before he embarked on his writing career, Eggers was classically trained as a draftsman and painter. He then spent many years as a professional illus­trator and graphic designer before turning to writ­ing full-time. More recently, in order to raise money for ScholarMatch, his college-access nonprofit, he returned to visual art, and the results have been exhibited in galleries and museums around the country. Usually involving the pairing of an animal with humorous or biblical text, the results are wry, oddly anthropomorphic tableaus that create a very entertaining and eccentric body of work from one of today’s leading culture makers.
Dave Eggers is the author of seven bestselling and award-winning books. He is also the founder and editor of McSweeney’s, an independent publishing house based in San Francisco that produces a quarterly journal and a monthly magazine (The Believer). In 2002, he cofounded 826 Valencia, a nonprofit writing and tutoring center for youth in San Francisco, which has spawned six affiliate 826 centers nationally.