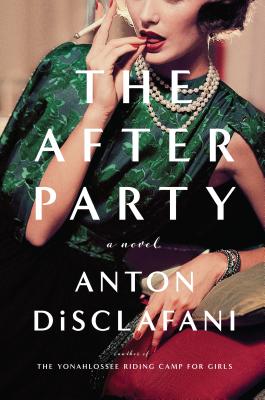 By Anton DiSclafani
$33.99
Availability to be confirmed

From the nationally bestselling author of "The Yonahlossee Riding Camp for Girls "comesa story of 1950s Texas socialites and the one irresistible, controversial woman at the bright, hot center of it all.
Joan Fortier is the epitome of Texas glamour and the center of the 1950s Houston social scene. Tall, blonde, beautiful, and strong, she dominates the room and the gossip columns. Every man who sees her seems to want her; every woman just wants to be her. But this is a highly ordered world of garden clubs and debutante balls. The money may flow as freely as the oil, but the freedom and power all belong to the men. What happens when a woman of indecorous appetites and desires like Joan wants more? What does it do to her best friend?
Devoted to Joan since childhood, Cece Buchanan is either her chaperone or her partner in crime, depending on whom you ask. But as Joan's radical behavior escalates, Cece's perspective shifts forcing one provocative choice to appear the only one there is.
A thrilling glimpse into the sphere of the rich and beautiful at a memorable moment in history, "The After Party "unfurls a story of friendship as obsessive, euphoric, consuming, and complicated as any romance.

Anton DiSclafani is the author of the "New York Times" bestselling novel, "The Yonahlossee Riding Camp for Girls." She was raised in northern Florida.