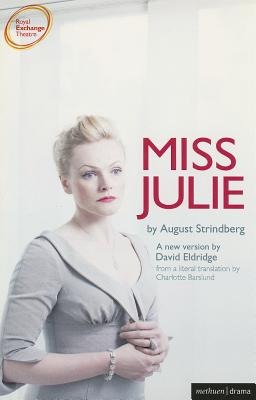 Written in a fortnight and often regarded as Strindberg's masterpiece, Miss Julie is shocking in subject-matter, revolutionary in technique, and was fiercely attacked on publication for immorality.
Sweden, 1894. Midsummer night's celebrations are in full swing but the Count's daughter, the beautiful and imperious Miss Julie, feels trapped and alone. Downstairs in the servants' kitchen, handsome and rebellious footman Jean is feeling restless. When they meet a passion is ignited that soon spirals out of control. Strindberg's masterpiece caused a scandal when first produced - and has been hugely popular ever since - for its viscerally honest portrait of the class system and human sexuality.
The conflict between sexual passion and social position is presented in Miss Julie with startling modernity. The play's premiere at Strindberg's experimental theatre in Denmark in 1889 was banned by the censor and its first public production three years later in Berlin aroused such protests that it was withdrawn after one performance. Miss Julie has since become one of Strindberg's most popular and frequently performed plays.
This new version by highly-acclaimed playwright and translator David Eldridge is contemporary but faithful, and combines accessibility with fluency.