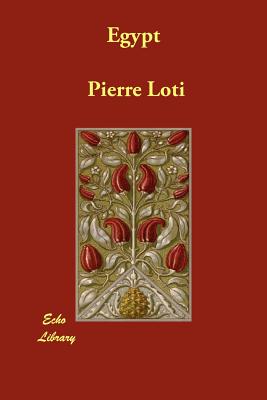 Pierre Loti was the pseudonym of Louis Marie-Julien Viaud (1850-1923), a French naval officer and author, known for his exotic novels and stories. Born into a Protestant family in Rochefort, Charente-Maritime, he entered the naval school in Brest at 17 and studied at Le Borda. He gradually rose in his profession, attaining the rank of captain in 1906 and in 1910 he went on the reserve list. His literary career began after fellow naval officers persuaded him to turn into a novel some passages from his diary concerning his curious experiences in Constantinople. The result was the anonymously published Aziyade (1879), part romance, part autobiography, in what was to become his signature style. In 1880 he published Rarahu, later reprinted as Le Mariage de Loti, a Polynesian idyl based on the two months he had spent in Tahiti in 1872 where he had "gone native". In 1882 he issued a collection of shorter pieces - three stories and a travel essay - entitled Fleurs d'ennui, and the following year achieved wider public recognition with his critically acclaimed Mon Frere Yves, a novel describing the life of a French naval officer. His 1886 novel of life among Breton fisherfolk, Pecheur d'Islande, has been described as the finest of all his writing, adapting some of the Impressionist techniques of contemporary painters like Monet into prose, and it is a classic of French literature. Madame Chrysantheme, a novel of Japanese manners and a precursor to Madame Butterfly and Miss Saigon, combining both narrative and travelogue, appeared in 1887. His fictionalized account of his childhood, Le Roman d'un enfant (1890), greatly influenced Marcel Proust, and in 1891 Loti was elected to the Academie francaise. He produced many more books based around his travels, including La Mort de Philae (The Death of Philae, 1908) recounting a trip to Egypt, which is reprinted from an English translation by W P Baines under the title Egypt. Loti died in Hendaye and was interred on the island of Oleron with a state funeral.