Science with the Atacama Large Millimeter Array:: A New Era for Astrophysics (Hardcover) 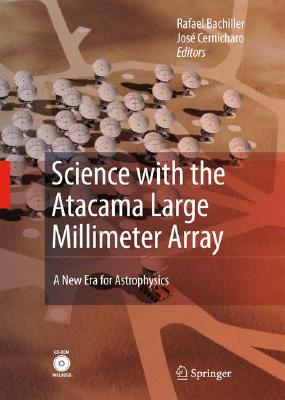 Currently under construction in the Andean Altiplano, Northern Chile, the Atacama Large Millimeter Array (ALMA) is the most ambitious astronomy facility under construction. ALMA is a radio interferometer composed of 54 antennas of 12 m diameter, and twelve 7 m antennas with about 6600 square meters of total collecting area. Initially covering the most interesting spectral wavelength ranges from 3 to 0.3 mm, ALMA will be a revolutionary telescope aimed to unveil the details of star and planet formation and to provide astronomy with the first exhaustive view of the dark and youngest objects of the Universe.

This book describes the enormous capabilities of ALMA, the state of the project, and most notably the scientific prospects with such a unique facility. The book includes comprehensive reviews and recent results on most hot topics of modern Astronomy (the formation and evolution of galaxies, the physics and chemistry of the interstellar medium, and the processes of star and planet formation) with prospects to the revolutionary results to be obtained with ALMA. These topics, discussed with special emphasis on millimeter and sub-millimeter astronomy, are presented by some of the most world-wide reputed scientists in their fields.