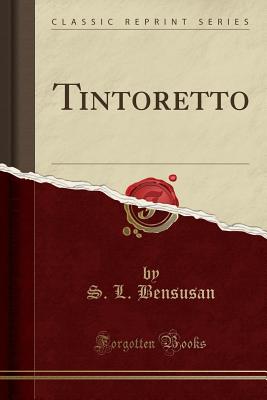 Excerpt from Tintoretto Of a tintore or dyer, was known to his companions as Tintoretto. But one, Carlo Ridolfi, who was born about the time when Tintoretto died, towards the close of the sixteenth century, tells us that the little dyer, whose name is written so large in the history of sixteenth-century art, started very early to practise drawing, and used his father's working material in order to give his productions the colour they seemed to need. That he must have shown signs Of uncommon talent at an early age is shown by the fact that he found his way to the studio or workshop of Titian, the greatest painter in the Venice of his time; a man whose position enabled him to require, from all who sought to become his pupils, a measure of proficiency that promised to make their work useful when the demands of patrons were more than one painter. About the Publisher Forgotten Books publishes hundreds of thousands of rare and classic books. Find more at www.forgottenbooks.com This book is a reproduction of an important historical work. Forgotten Books uses state-of-the-art technology to digitally reconstruct the work, preserving the original format whilst repairing imperfections present in the aged copy. In rare cases, an imperfection in the original, such as a blemish or missing page, may be replicated in our edition. We do, however, repair the vast majority of imperfections successfully; any imperfections that remain are intentionally left to preserve the state of such historical works.