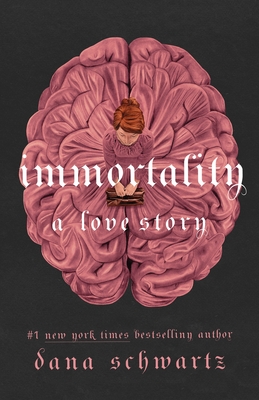 This is book number 2 in the The Anatomy Duology series.

Hazel Sinnett is alone and half-convinced the events of the year before—the immortality, Beecham’s vial—were a figment of her imagination. She doesn’t even know if Jack is alive or dead. All she can really do now is treat patients and maintain Hawthornden Castle as it starts to decay around her.

When saving a life leads to her arrest, Hazel seems doomed to rot in prison until a message intervenes: Hazel has been specifically requested to be the personal physician of Princess Charlotte, the sickly granddaughter of King George III. Soon Hazel is dragged into the glamor and romance of a court where everyone has something to hide, especially the enigmatic, brilliant members of a social club known as the Companions to the Death.

As Hazel’s work entangles her more and more with the British court, she realizes that her own future as a surgeon isn't the only thing at stake for her. Malicious forces are at work in the monarchy, and Hazel may be the only one capable of setting things right.

Dana Schwartz is a television writer and the creator of the number-one charting history podcast Noble Blood. As a journalist and critic, Dana has written for Entertainment Weekly, Marie Claire, Glamour, GQ, Cosmopolitan, Vanity Fair and more. She lives in Los Angeles with her husband, and their cats Eddie and Beetlejuice. Her books include Choose Your Own Disaster, The White Man's Guide to White Male Writers of the Western Canon, and Anatomy: A Love Story.

Praise for Anatomy: A Love Story:

"Irreverent, intelligent and smart, Dana Schwartz is one of the brightest of the next generation of young writers." —Neil Gaiman, #1 New York Times bestselling author

"Schwartz's magical novel is at once gripping and tender, and the intricate plot is engrossing as the reader tries to solve the mystery. She doesn't miss a beat in either the characterization or action, scattering clues with a delicate, precise hand. This is, in the end, the story of the anatomy of the human heart." - Booklist (starred review)

"...an intimate look at how society decides who is worth healing and who is worth exploiting in the name of science. " - Bulletin for the Center of Children's Books

"A fast-paced, utterly engrossing tale of mystery, romance, and cadavers. Dana Schwartz deftly blends the historical with the supernatural, racing from macabre graveyards to Scottish castles with two compelling young heroes I dare you not to root for. I grinned, I gasped, I cried and ended this book breathless and craving more.” —Alwyn Hamilton, New York Times bestselling author of the Rebel of the Sands series

“Diabolically delightful. A love story, a murder mystery, and a horror novel bound up together in ghoulish stitches." —Maureen Johnson, New York Times bestselling author of the Truly Devious trilogy

"Lionhearted heroine you’ll root for from page one? Check. Dark academia vibes? Check. Cheeky romantic banter that will make you blush? Check, check and CHECK. Read this gripping, ridiculously clever tale only if you’re fully prepared to be haunted by its revelations about life and death while also swooning at the idea of flirting with someone in an open grave." —Emma Lord, New York Times bestselling author of You Have a Match and Tweet Cute