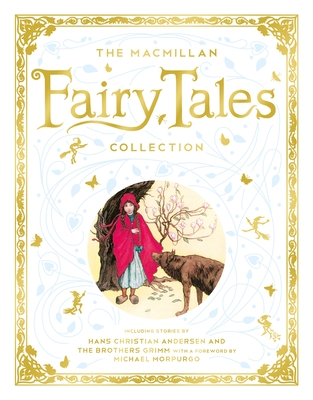 From Macmillan Publishers, The Macmillan Fairy Tales Collection is a stunningly illustrated collection of beloved and timeless fairy tales from around the world, perfect for readers of all ages.

For centuries, the tradition of storytelling has been passed down to entertain, inspire, caution, and inform generations to come. From ancient Greek myths to the Brothers Grimm to Hans Christian Anderson, tales of the feats and plunders of humanity were cherished and shared, creating a fabric of narrative that's patterns are still celebrated today.

The tales included in this Macmillan collection range from classic folk tales to fairy tales to myths to fables, exploring the dynamic spirit of stories. The lives of Cinderella, Perseus and the Gorgon, and the ugly duckling are among the many shared within the beautifully illustrated pages of this book. An essential addition to every library, this is a gift for every reader to treasure.

Macmillan Publishers is a global trade publishing company operating in over 70 countries, with imprints in the United States, Germany, the United Kingdom, Australia, South Africa, and India.

Michael Morpurgo OBE, is an English author, poet, playwright and librettist, best known for his work in children’s literature. He was the third Children’s Laureate. He has written over 120 books, and has been published in over 25 languages. His children’s novel War Horse has been adapted for stage where it became a smash-hit success in the UK, before transferring to Broadway and Toronto. War Horse has also been adapted for screen, directed by Steven Spielberg and released in 2012.