The Lady Di Look Book: What Diana Was Trying to Tell Us Through Her Clothes (Hardcover) 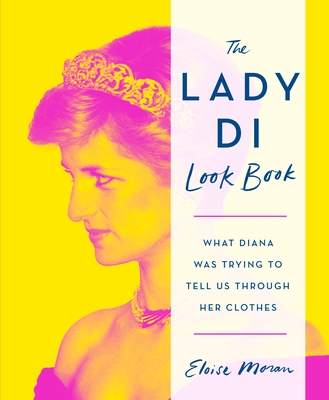 The Lady Di Look Book: What Diana Was Trying to Tell Us Through Her Clothes (Hardcover)

Through a rich and beautiful series of images, British fashion journalist Eloise Moran decodes Princess Diana’s outfits in this smart visual psychobiography of an icon.

From the pink gingham pants and pastel-yellow overalls of a sacrificial lamb, to the sexy Versace revenge dresses, power suits, and bicycle shorts of a free woman, British fashion journalist Eloise Moran has studied thousands of pictures of Princess Diana. She soon discovered that behind each outfit lay a carefully crafted strategy: What Lady Di couldn’t express verbally, she expressed through her clothes.

Diana’s most show-stopping—and poignant—outfits are all here in The Lady Di Look Book, incisively decoded. Moran sees things no one has before: Why, for example, did Diana have a rotating collection of message sweatshirts? Was she mad for plaid, or did the tartan have a deeper meaning? What about her love of costume jewelry on top of the tiaras and oval sapphire engagement ring? With new interviews from some of the people who dressed Diana, Moran’s book is both a record of what Diana wore and why she wore it—and why we are still obsessed with Lady Di.

From 1980s Sloane Ranger cottagecore Diana, to athleisure and Dynasty Di Diana, The Lady Di Look Book is both compulsively delightful and a full biography of the world’s most beloved royal.

Eloise Moran is a London-born, Los Angeles-based fashion writer and creator of the Instagram account @ladydirevengelooks, which has been featured in The New Yorker, Elle, The LA Times, and The Telegraph. She currently lives on the east side of LA with an impressive collection of nineties clothing—including her most prized possession: an original Virgin Atlantic Sweatshirt which was seen on Lady Diana herself. The Lady Di Look Book is Eloise’s first book.