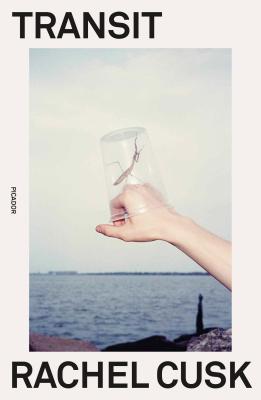 This is book number 2 in the Outline Trilogy series.

The Stunning Second Novel of a Trilogy That Began with Outline, One of New York Times Book Review’s 10 Best Books of the Year

In the wake of her family’s collapse, a writer and her two young sons move to London. The process of this upheaval is the catalyst for a number of transitions—personal, moral, artistic, and practical—as she endeavors to construct a new reality for herself and her children. In the city, she is made to confront aspects of living that she has, until now, avoided, and to consider questions of vulnerability and power, death and renewal, in what becomes her struggle to reattach herself to, and believe in, life.

Filtered through the impersonal gaze of its keenly intelligent protagonist, Transit sees Rachel Cusk delve deeper into the themes first raised in her critically acclaimed novel Outline and offers up a penetrating and moving reflection on childhood and fate, the value of suffering, the moral problems of personal responsibility, and the mystery of change.

In this second book of a precise and short yet epic cycle, Cusk describes the most elemental experiences, the liminal qualities of life. She captures with unsettling restraint and honesty the longing to both inhabit and flee one’s life, and the wrenching ambivalence animating our desire to feel real.

Rachel Cusk is the author of the Outline trilogy, the memoirs A Life’s Work and Aftermath, and several other works of fiction and nonfiction. She is a Guggenheim fellow. She lives in Paris.

“A work of stunning beauty, deep insight, and great originality . . . Transit is a slender novel that contains multitudes. It is a work of great ambition, beautifully executed, a worthy successor of the brilliant Outline.” —Monica Ali, The New York Times Book Review

“Transfixing . . . A serious achievement . . . [Cusk's] writing offers the iron-rich pleasures of voice instead of style. Each sentence is drilled down, as with an auger . . . This writer never has to recover her aplomb because she never loses it.” —Dwight Garner, The New York Times

“A reading journey you wish didn't have to end . . . Cusk gives us engrossing, probing conversations . . . Her prose is exquisitely precise . . . With its resonant comparisons between life and art (including literature) and its enjoyably varied, more tightly structured series of vignettes, Transit fills in the ‘sketched-out form’ Cusk introduced in Outline. Her narrator's ongoing odyssey toward finding her bearings in her new life is a journey worth following.” —Heller McAlpin, NPR

“Alienating yet intimate, dreamlike yet grounded, slim yet substantial, delicate but fierce, Cusk’s writing feels, exhilaratingly, unlike any other fiction being written these days.” —Emily Donaldson, The Toronto Star

“Rachel Cusk is returning fiction to its roots in storytelling . . . Cusk's goal . . . [is] the establishment of a compelling, dreamlike language and worldview that are utterly her own.” —Jamie Fisher, The Washington Post

“How much should we say, this novel asks, and when should we say it? To whom? In Cusk’s case, a few words are enough to keep readers engrossed, waiting for more.” —Jackie Thomas Kennedy, Minneapolis Star Tribune

“Arresting . . . Condensed, powerful . . . Cusk's technique is reminiscent of filmmaker Richard Linklater, who delights in showing how ordinary people talk to each other as they analyze their shared lives. Talk can have all the drama, suspense, surprise, and plot development of an action scene, but it takes skill to keep the tension high enough to make a scene in which nothing much happens, except for friends trying to manage their children long enough to have a civilized dinner, hit with the force of a car crash.” —Jenny Shank, The Dallas Morning News

“Cusk writes in a cut-glass style that is elegant, austere, and disciplined . . . Yet this cool, balanced style is used to describe the hottest of feelings and the most destabilizing of experiences: moments of transit — getting divorced, renovating a house—the movement from one life to another.” —Anthony Domestico, The Boston Globe

“Cusk’s story-invention powers are so rich that the format feels as fresh the second time around as it did the first. It also hints at Cusk’s extraordinarily precise orchestration of narrative effects.” —Michael Upchurch, The Seattle Times

“In Transit, the second novel in the series, Cusk hones her new approach, which might be called stream of conversation-ness. She structures her minimalist plot as a jeweler affixes glittering gems in a necklace . . . The experience of reading Transit re-creates, with delicious adult sophistication, that wonderful sensation of being a child, staving off bedtime by requesting tale after tale . . . Cusk at her most brilliant, feminist best.” —Miranda Purves, Elle

“In her effort to expose the illusions of both fiction and life, [Rachel Cusk] may have discovered the most genuine way to write a novel today.” —Ruth Franklin, The Atlantic

“Outstanding . . . As always, Cusk’s ear for language and dialogue is sharp; her characters speak about universal ideas, such as anxiety and lust. This marvelous novel continues the author’s vivid exploration of the human condition.” —Publishers Weekly, boxed, starred review

“Brave and uncompromising in its literary ambition, Transit is a work of cut-glass brilliance that quietly insists on the reader's thoughtful attention. One beautifully crafted sentence follows another.” —Rebecca Abrams, The Financial Times

“Cusk is now working on a level that makes it very surprising that she has not yet won a major literary prize. Her technical originality is equaled by the compelling nature of her subject matter, and Transit is a very fine novel indeed.” —Helen Dunmore, The Observer

“[Transit] is tremendous from its opening sentence . . . Cusk is always an exciting writer: striking and challenging, with a distinctive cool prose voice, and behind that coolness something untamed and full of raw force, even rash . . . she has developed a radically new novel form that works triumphantly . . . Transit steers with stylishness and grace between the low-lying truths and the significant dramas we compose for ourselves out of the accidents which befall us.” —Tessa Hadley, The Guardian

“Transit is an extraordinary piece of writing—stunningly bold, original, and humane.” —Joanna Kavenna, The Daily Telegraph

“Cusk is one of the most lucid, powerful novelists working today, and Transit reflects her ability to make a profound impact with deceptively simple and always elegant prose.” —Nylon

“[Transit] is a delightfully fun read. Cusk knows how to write a great novel, and this one satisfies on many levels . . . she is producing work that is beautifully refined.” —Melissa Katsoulis, The Times (UK)

“Beneath [Transit's] placid surface, themes of displacement and the desire for transformation and authenticity rumble like small, violent earthquakes. It’s also gruesomely funny: the final part, which describes a particularly poncey dinner party, is like something from a horror story. Strange, frightening and brilliant.” —Clare Allfree, The Daily Mail

“Brilliantly written and structured, which is nothing new from this superlatively gifted writer.” —Kirkus Reviews

“With the sparest prose, Cusk has again created an expertly crafted portrait in this distinctive novel about the fear and hope that accompany change, and one woman’s quest to conquer them. A masterful second installment to a promising trilogy.” —Cortney Ophoff, Booklist (starred review)