The Missing Hours: A Novel (Hardcover) 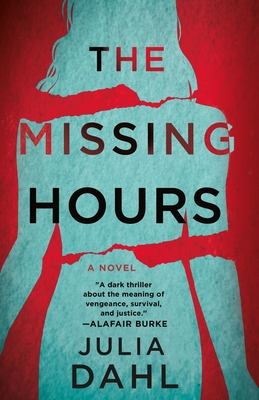 The Missing Hours: A Novel (Hardcover)

After blacking out and being sexually assaulted by fellow university students, Claudia Castro is filled with shame. Not only does she not recall what happened, but she also reflects on previous times she's regretted her actions. Dahl carefully reminds us how society lets those with privilege make mistakes but others must pay dearly.

From the critically acclaimed author of Invisible City and Conviction, The Missing Hours is a novel about obsession, privilege, and the explosive consequences of one violent act.

From a distance, Claudia Castro has it all: a famous family, a trust fund, thousands of Instagram followers, and a spot in NYU’s freshman class. But look closer, and things are messier: her parents are separating, she’s just been humiliated by a sleazy documentary, and her sister is about to have a baby with a man she barely knows.

Claudia starts the school year resolved to find a path toward something positive, maybe even meaningful – and then one drunken night everything changes. Reeling, her memory hazy, Claudia cuts herself off from her family, seeking solace in a new friendship. But when the rest of school comes back from spring break, Claudia is missing.

Suddenly, the whole city is trying to piece together the hours of that terrible night.

Julia Dahl is the author of Conviction, Run You Down, and Invisible City, which was a finalist for the Edgar Award for Best First Novel, one of the Boston Globe’s Best Books of 2014, and has been translated into eight languages. A former reporter for CBS News and the New York Post, she now teaches journalism at NYU.

Praise for The Missing Hours

“An adventure thriller . . . a great reckoning with the moment we find ourselves in.” —New York Times Book Review

“The Missing Hours is a smart, thoughtful, and gripping book. You'll find it hard to put this novel down.” —Oxygen, September Book Club Pick

“[A] fast-paced, piercing evaluation of the aftermath of sexual assault. . . Dahl, who wrote the phenomenal Edgar Award-nominated Rebekah Roberts mysteries, writes brilliantly about how violence impacts victims and their communities.” —Medium

"This is a dark, gripping study of vengeance and of what it means to live in a woman’s body." —The Guardian

"[Dahl] is known for her fast-paced writing, but this one moves at breakneck speed and stays with you long after the last page."—Booklist

“Julia Dahl has crafted a satisfying and thought-provoking revenge thriller in The Missing Hours.” —CrimeReads

“A dark thriller about the meaning of vengeance, survival, and justice.” —Alafair Burke

“Does exactly what the best crime novels should.” —Ivy Pochoda

“A swift, heart-pounding novel about money and power and violation.” —Steph Cha

“Remember to breathe, because Dahl has crafted a wickedly intense thriller that never lets up from the first page to the explosive finale.” —Jennifer Hillier

“I couldn’t stop thinking about this haunting, propulsive novel, and it will stick with me for a long, long time.” —Alex Segura

"A riveting tale of abuse and revenge that explores the dark underside of New York's privileged class.” —Alison Gaylin

“The Missing Hours grabs you from the start and never lets go." —Wendy Walker

“Utterly arresting, incredibly thoughtful, and in the end, as gripping as it is necessary. It'll stick with you long after you're done.” —Rob Hart