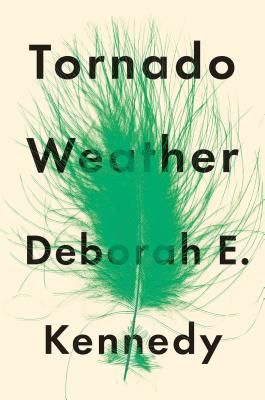 By Deborah E. Kennedy
$24.99
Availability to be confirmed

An Edgar Award Nominee for Best First Novel
“Dark and dangerous and strange and wonderful…Kennedy writes with the gritty poetry of Daniel Woodrell and misfit sensibility of Flannery O’Connor.” —Benjamin Percy

Deborah Kennedy tells the story of a five-year old girl who goes missing in a small town, a place where everyone knows something different about her disappearance and about each other.

Five-year-old Daisy Gonzalez’s father is always waiting for her at the bus stop. But today, he isn’t, and Daisy disappears. When Daisy goes missing, nearly everyone in town suspects or knows something different about what happened. And they also know a lot about each other. The immigrants who work in the dairy farm know their employers’ secrets. The hairdresser knows everything except what’s happening in her own backyard. And the roadkill collector knows love and heartbreak more than anyone would ever expect. They are all connected, in ways small and profound, open and secret.

By turns unsettling, dark, and wry, Kennedy’s powerful voice brings the town’s rich fabric to life. Tornado Weather is an affecting portrait of a complex and flawed cast of characters striving to find fulfillment in their lives – and Kennedy brilliantly shows that there is nothing average about an average life.

Deborah E. Kennedy is a native of Fort Wayne, Indiana and a recent graduate of the Iowa Writers' Workshop. Kennedy has worked as both a reporter and editor, and also holds a Master's in Fiction Writing and English Literature from Miami University in Oxford, Ohio. Tornado Weather is her debut novel.

“Moving…Complex, interlocking plotlines…A narrative that shifts its lenses continually and deliberately, playing with degrees of identification as it slides among more than a dozen viewpoints…Well-crafted, humane, and energetic novel.”
—New York Times Book Review

“The novel will stun readers with its sensitive portrayals of both likeable and unlikable characters and understanding of the social tensions in today’s America… As the city’s residents share their own stories, the reader finds out they are critically connected to each other… Jennifer Egan used a similar narrative technique in her Pulitzer Prize-winning 2011 novel, A Visit From the Goon Squad. The technique creates a rich array of characters and deepens the perspective of readers.”
—Winnipeg Free Press

“Much more than a thriller...a Winesburg, Ohio of small-town grotesques delivered with the starkness of Dennis Lehane. Each of the book's 18 chapters is a vignette told by a different resident of Colliersville, each with a distinct style and voice. Each reveals a subtle clue about what happened to Daisy, while Daisy's disappearance becomes a mirror that reveals the humanity—and the secrets—of the people lurking at the story's fringes. ….”
—Willamette Week

“The story is the town, the people who live in it and even the people who left it. Kennedy provides vignettes of their lives – and how those lives are interwoven – with microscopic insight. In many ways, her book is like Sherwood Anderson’s “Winesburg, Ohio”… If there is one quality that elevates Kennedy’s fine book, it is the empathy with which she writes… In this era when Americans left, right and center spend more time judging each other than listening to each other, hers is a rare accomplishment.”
—TheStatehouseFile.com, John Krull

"Captures the warped and isolated landscape of today’s American Midwest…Though this story is hung on a child gone missing and a tornado on the horizon, the focus is the flawed folks who people it. The author is a fine mimic, inhabiting her characters in such a way that we know them from the inside out….Kennedy’s superb chorus leaves an indelible impression.”
—Publishers Weekly

“As Kennedy takes readers from the trailer park to the McMansions, from the laundromat to the psych ward, she brings this flailing Midwestern town to life. She creates a rich chorus of distinct and authentic voices.”
—Kirkus

“Moving debut novel…Kennedy’s writing is very good, and her dialogue rings true and keeps the stories moving…Kennedy has painted a distinctive picture of a Midwestern blue-collar town that will remind readers of Richard Russo’s work. Fans of Did You Ever Have a Family, by Bill Clegg, will also find much to admire.”
—Booklist

“Everyone knows someone else's secret, everyone has a secret held over him or her, and everyone has an opinion on what really happened to Daisy. A beautiful portrait of flawed subjects trying to find meaning and fulfillment.”
—VoxMagazine.com

“Tornado Weather is dark and dangerous and strange and wonderful, and Deborah E. Kennedy writes with the gritty poetry of Daniel Woodrell and misfit sensibility of Flannery O’Connor. So many characters swirl together—their stories compiling with cyclonic force—into this layered, powerful study of a small town in decline.”
—Benjamin Percy, bestselling author of Thrill Me, The Dead Lands, Red Moon, and The Wilding

“Deborah Kennedy's vision is as clear as her embrace is wide. With Tornado Weather, she has given us a novel that startles and surprises from the first page to the last, turning our heads again and again. ... In the abundance with which [the book] is populated, and the diversity with which it is colored, it offers something considerably more than the fragments of a few stray characters. It offers the mosaic of an entire community.”
—Kevin Brockmeier, bestselling author of The Brief History of the Dead

"A wonderful novel. Deborah E. Kennedy's Tornado Weather has a very distinctive energy, and there is real pathos along with subtle humor. The characters are from a social class that is too often overlooked and misrepresented. Kennedy gives them their due, with all their resourcefulness, resilience, and suffering intact."
—Charles Baxter, bestselling author of The Feast of Love

"Kennedy’s engrossing portrait of rural Indiana is as compassionate as it is knowing. In language that is searing, knowing, and often brutally funny, Deborah Kennedy brings an entire rural town to life. Without condescension or caricature, she draws out the intertwining threads in the lives of a town populated in equal measure by the feckless and the blameless—and examines the fabric of small town America—its poverties and prejudices, the preoccupations and hopes of a group of people striving to live their lives in a place that prosperity has left behind. Tornado Weather holds to the light the curses that nature sends, the curses we bring on ourselves, the curses we outlive and the curses we break—the ways of the human heart both bright and dark. Truthful and timely, Kennedy’s vision will spin you up into its still, silent, eye, wreck every bone in your body and touch you back down into a landscape that has been utterly transformed. Simply breathtaking. Chase this one like the tornado that it is."
—Amy Parker, author of Beasts and Children