The Cairo Affair: A Novel (Paperback) 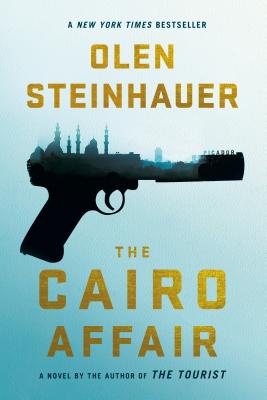 The Cairo Affair: A Novel (Paperback)

From the author of New York Times bestseller The Tourist...

Sophie Kohl is living a nightmare. Minutes after she confesses to her husband, a mid-level American diplomat in Hungary, that she had an affair while they were in Cairo, he is shot and killed.

Stan Bertolli, a Cairo-based CIA agent, has fielded his share of midnight calls. But his heart skips a beat when, this time, he hears the voice of the only woman he ever truly loved ask why her husband has been assassinated.

Omar Halawi has worked in Egyptian intelligence for years, and he knows how to play the game. But the murder of a diplomat in Hungary has ripples all the way to Cairo, and Omar must follow the fallout wherever it leads.

As these players converge on Cairo, Olen Steinhauer masterfully unveils a portrait of a marriage, a jigsaw puzzle of loyalty and betrayal, against a dangerous world of political games where allegiances are never clear and outcomes are never guaranteed.

Olen Steinhauer is the New York Times bestselling author of the Milo Weaver novels, including The Tourist and An American Spy. He is also a Dashiell Hammett Award winner, a two-time Edgar Award finalist, and has been nominated for the Anthony, Ian Fleming Steel Dagger, Ellis Peters Historical Dagger, Macavity, and Barry awards. He is also the creator of the Epix TV series Berlin Station. He was raised in Virginia, and now divides his time between New York and Budapest.

“A stunning stand-alone that is as emotionally rich as it is layered with intrigue.” —Booklist (starred review)

“The Cairo Affair is the espionage novel at its best, packed with betrayals, double-crosses, hidden agendas, moral conflicts, international relations, and even a delectable double-entendre of a title.” —Chris Pavone