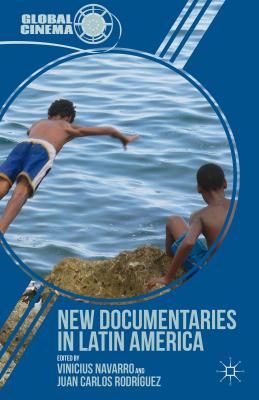 
Special Order - Usually Arrives in 1-5 Days
Examining the vast breadth and diversity of contemporary documentary production, while also situating nonfiction film and video within the cultural, political, and socio-economic history of the region, this book addresses topics such as documentary aesthetics, indigenous media, and transnational filmmaking, among others.

"Compelling and far-reaching, New Documentaries in Latin America provides a much-needed examination of the astounding documentary output of Latin America in the past three decades. The volume's wide-ranging essays offer nuanced perspectives on important and innovative documentary makers in the region that include established filmmakers like Patricio Guzmán and Eduardo Coutinho; lesser-knowns like Karen Rossi and Susana Barriga; and media collectives like Chile's Cámara en Mano and Mexico's Mal de Ojo TV. The breadth of practices covered invites an updating of previous histories of documentary in Latin America and expands our understanding of the use of video by activist and community organizations, indigenous groups, and regionally focused production arrangements."  - Cristina Venegas, University of California, Santa Barbara, USA