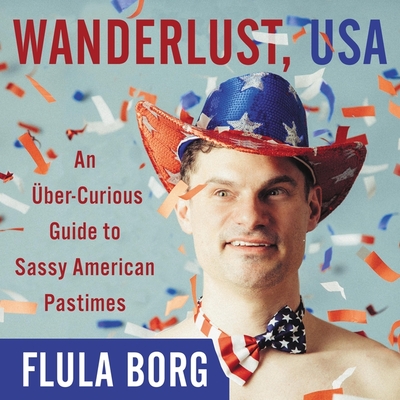 By Flula Borg (Read by)
$39.99
Availability to be confirmed

Flula Borg's fascination with America and its "peoples" have warmed hearts nationwide. A frequent guest of Conan O'Brien, the German-born actor and multi-talented entertainer (think Sacha Baron Cohen's Borat crossed with Billy Eichner) fell in love with the United States upon his first visit as a young boy. Throughout his career, he has succeeded in regaling audiences with stories from his outlandish travel exploits while paying homage to his German upbringing, culminating in a personality that is supercharged and charmingly wholesome.

In this zany, eye-opening and delightful six-part audio series, Flula travels the breadth of the United States in search of its coveted and weirdest pastimes to learn more about the country and to better understand what drives people to these cultural events. His adventures include:

Partying Up during the World Cup of Surfing in Hawaii

In each episode, Flula can be found "shooting the poops," as he calls it, with the people he meets, including event organizers, participants, founders, and spectators. His goal is to understand what these quintessentially American event means to the communities involved, how each came to exist, and why they have all persisted--and of course, how he can take part In addition, each segment is filled with fictional advertisements and mini episodes that explore a region or city's local haunt, as well as techno tracks created entirely from the sounds recorded at each event.

Infused with Flula's infectious enthusiasm, Wanderlust, USA is an immersive and uproarious experience that reveals the heart of America in a unique way. Boom