Nemesis and the Swan (Hardcover) 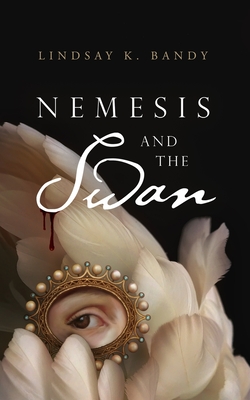 A 19-year-old aristocrat is imprisoned during the French Revolution. Spies, romance, and intrigue abound in this atmospheric novel.

From her prison cell in revolutionary Paris, nineteen-year-old aristocrat H l ne d'Aubign recalls the events that led her to choose between following in her parents' unforgivable footsteps or abandoning the man she loves.

Despite her world of privilege, H l ne is inspired early on by the radical ideas of her progressive governess. Though her family tries to intervene, the seeds of revolution have already been planted in H l ne's heart, as are the seeds of love from an unlikely friendship with a young jeweler's apprentice. H l ne's determination to find true love is as revolutionary as her attempt to unravel the truth behind a concealed murder that tore her family apart.

As violence erupts in Paris, H l ne is forced into hiding with her estranged family, where the tangled secrets of their past become entwined with her own. When she finally returns to the blood-stained streets of Paris, she finds everything--and everyone--very much changed. In a city where alliances shift overnight, no one knows whom to trust.

Faced with looming war, the mystery of her family's past, and the man she loves near death, H l ne will soon find out if doing one wrong thing will make everything right, or if it will simply push her closer to the guillotine.