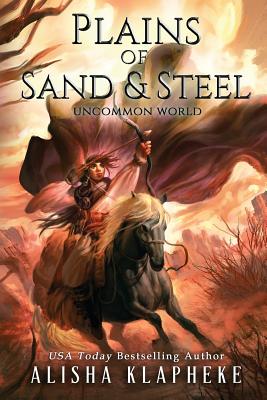 On Our Shelves Now
This book cannot be returned

This is book number 2 in the Uncommon World series.

A ruler's young bride with a body to conceal, a mercenary bent on revenge, and the Fire magic that will alter their story forever.

This full-length novel follows Waters of Salt and Sin, Uncommon World Book One, and the novella Fever.

When her new royal husband dies at the beginning of an invasion, Seren must hide his body and use the visions the Holy Fire gives her to save the Empire from itself and its enemies. But if the high-ranking general who hates her discovers her secret, he'll have her put to death.

When invaders slaughter Ona's family and shatter her artist life, she joins Lucca, an experienced mercenary and her exact opposite, and heads into war. She just knows the "chanting" she can do--imposing one's will on the world and watching it come to life--will break the invaders and give her sweet vengeance.

Both want to save the Empire but with tangled histories and new passions swirling around them, their divided motivations turn a possible victory into a deadly storm.