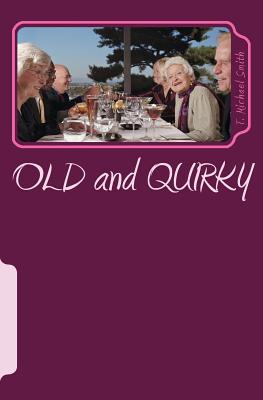 
Special Order - Usually Arrives in 1-5 Days
- This book cannot be returned
The year was 2004 and it seemed like a good idea to buy a lovely condo in the Art Deco District of South Beach or Miami Beach to all those north of Fort Lauderdale. I really didn't like Florida all that much and Miami seemed like a foreign country, but it still felt like a good idea to buy this condo. When I retired from the investment business in 2006, I moved from Washington, DC to South Beach. I bought some new shorts, a few Cubano shirts, became addicted to shots of Cuban coffee and ate a lot of black beans and rice. It was clear that I didn't belong because I had to wear large brimmed hats and lots of sun screen. I was a regular at the dermatologist. But I did ride a bicycle around town with a large basket to carry my papers and books to Lincoln Road so I could sit at a bodega and pretend to be "papa." I loved guava pastilles. The 2008 economic decline was very distressing. Miami was clearly overbuilt as was South Beach. The value of my condo declined by 62% by mid-2009. It looked like I was going to be there for a while. To cheer myself up, I bought a new car-a silver 2009 Mustang. I was as cool as a three dog night. Columbus discovered America and the Italians, Germans and Brazilians began to discover the delights of Miami and South Beach. Real Estate prices began to improve and by mid-2012 my condo was back to even. WOW Since the beach, particularly the lower half of the island that is South Beach, was getting increasingly crowded and the regulations on parking began to intrude on my serenity. I decided to depart this strange place. I sold my condo to an Italian Real Estate Investment Trust for a modest premium to my original cost. I was soon to be homeless. It seemed sort of cool-age 70 and a lost ball in high weeds. I moved north to be close to my grandkids. So close, that I moved into my daughters' house. I also wanted to spend time with my Mom, but she passed away after I was back a few months. My middle child, a daughter, started thumping on me about a place that was a senior independent living community. I considered my options. A condo was possible, but Roanoke doesn't have a lot of charming options in that category. A house usually has a yard and bushes which require work and I didn't want that either. So I went to visit SILC (Senior Independent Living Community). A very lovely woman explained all the options to me. She also told me about the Life Care aspect of moving into this place. Even though I was much too young for the place, I decided to move in. I was in for the surprise of my life. It was hard for me to keep up. I found vibrant, active people enjoying life to the max. I decided to write about these people. You may recognize some of the folks. Some names have been changed, but mostly not. It is impossible to rename wonderful folks. READ ON and ENJOY.
Thomas Michael Smith. I am an American, but mostly I am an older dude on a spiritual path trying to make sense of this world. For most of my life, my work endeavor involved investments and banking, hardly the training for someone who aspires to be kind and considerate. I am a centrist, but I do have a libertarian bent. My God is all-encompassing, powerful, compassionate and demanding. I have worked hard and I resent the wasteful and corrupt nature of the Government in the USA and the inattention most seem to give to happenings that don't impact their self-interest. Turns out that Adam Smith was right: BUT I DO HAVE LOVE IN MY LIFE AND THE BEST DECISION I HAVE EVER MADE WAS TO MOVE INTO SILC.