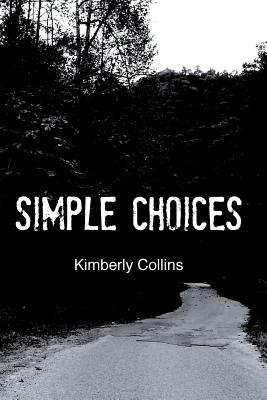 
Special Order - Usually Arrives in 1-5 Days
They were small, simple choices. Seemingly insignificant yes-or-no decisions. Each one leading her one small step further from where she was supposed to be, from where she truly wanted to be. Step by simple step. Piled together, the choices were one huge mountain of chaos and noise. But one at a time, who could tell any difference from the moment just before she made the choice, to the quiet moment just after? Simple choices. "There's a way of life that looks harmless enough; look again-it leads straight to hell." - Proverbs 14:12 "In Kimberly Collins' gripping debut novel, Simple Choices, the lives of two best friends, Darlene and Mickey, become irrevocably intertwined as they try to cope with a world of grim horizons in the hollows of southern West Virginia. Their descent into a world of partying, drugs, sex, and crime-centered on Ray, a man and manipulator they both love, and his drug-dealing pizza place-will keep you on the edge of your seat. Most shocking of all: the stunning act that brings this bad trip to its desperate conclusion really happened."  - Dean King, nationally bestselling author of Skeletons on the Zahara and The Feud: The Hatfields and McCoys: The True Story.
Kimberly Collins grew up in southern West Virginia and still visits as often as possible. She currently lives in Washington, D.C., and is working on her next novel, Mingo.