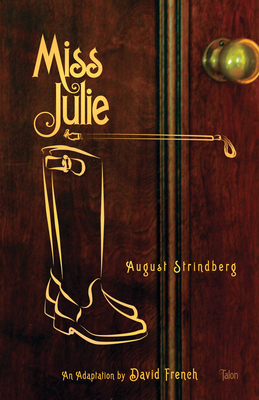 
Availability to be confirmed
As all the great dramatists since the Greek tragedians have known, class and gender roles continue to remain the two fundamental determinants of the social fabric of any culture--even one, like our own, in which the boundaries of those identities have become fluid, situational and transitory. David French's adaptation of August Strindberg's disturbing and enduring drama of the transgressive affair between the daughter of a count and the count's man-servant has an eerie feel of the contemporary about it. In this adaptation of Miss Julie, French has sharpened the psychodramas of the original--scenes of conflict, desire, anger, jealousy, coercion, manipulation, exploitation, arrogance, dominance, submission and deceit--and backgrounded the historical elements of the play which have made it a favourite "period-piece" of the repertory theatre circuit. His revisioning of Miss Julie foregrounds the ruptures of identity and faith that ambition and desire eternally work in their rending of social norms, strictures and conventions, and he has re-enacted them in a contemporary idiom and vernacular that virtually cries out for the casting-call of a Paris Hilton to play the lead role. As with his adaptation of Chekhov's The Seagull, David French, one of Canada's best-loved playwrights, has here once again paid homage to one of the enduring masters who have brought to the stage the most elemental and universal dramas of the human condition.
August StrindbergRenowned Swedish writer, playwright and painter August Strindberg is known as one of the fathers of modern theatre. His early plays were written in the Naturalistic style, the best known of which is Miss Julie, one of the most studied and performed dramas in the world to this day. When he broke with Naturalism, the versatile Strindberg found equal success in producing works informed by Symbolism. He proceeded to become one of the pioneers of the modern European stage and Expressionism. David FrenchBorn in Coley's Point, Newfoundland, David French was one of Canada's best-known and most critically acclaimed playwrights. His work received many major awards, and French was one of the first inductees into the Newfoundland Arts Hall of Honour. Among his best-loved works are the semi-autobiographical Mercer plays: Salt-Water Moon, 1949, Leaving Home, recently named one of Canada's 100 Most Influential Books (Literary Review of Canada) and one of the 1,000 Most Essential Plays in the English Language (Oxford Dictionary of Theatre), Of the Fields, Lately and Soldier's Heart. The Mercer plays have received hundreds of productions across North America, including a Broadway production of Of the Fields, Lately. This quintet of plays about a Newfoundland family has also touched audiences in Europe, South America and Australia. In addition, French produced skillful adaptations of Alexander Ostrovsky's The Forest, Anton Chekhov's The Seagull and August Strindberg's Miss Julie.

"Direct, accessible and strangely contemporary, [this adaptation of] Miss Julie is a blast of dramatic fresh air which retains its provocative power."
Halifax Chronicle Herald