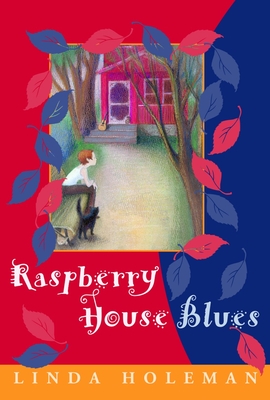 By Linda Holeman
$6.95
Availability to be confirmed

Poppy is on an odyssey. Her adoptive mother has taken off to find herself, so Poppy decides to live with her adoptive father, his new wife, Calypso, and their toddler, Sandeep, in a ramshackle rasp-berry-colored house. At first Poppy is distressed by the disordered household, which is unlike anything she has ever known, but soon it becomes a jumping-off point for her search for her birth mother.

Poppy discovers a great many things in the course of her search. She finds a kindred spirit in a strange, sickly woman named Becca, and an unexpected connection with the hippy, Calypso. But most of all, she finds a part of herself she didn’t even know was missing.

Born in Winnipeg, Manitoba, Linda Holeman had always dreamed of becoming an author. Her first writing success came when she was in grade 5. A story she had written was aired on the CBC radio program “Story Broadcast Journal” and she still has a copy of the booklet it was published in.

Her career has included stints as a classroom and resource teacher and an adult workshop instructor. Her first published work as an adult was a collection of short stories called Saying Good-bye in 1995. She is the author of Frankie on the Run, a picture book and Flying to Yellow and The Devil’s Darning Needle, two collections of short stories for adults. Her fiction and non-fiction pieces have appeared in numerous anthologies.

Both Promise Song, her first young adult novel and Mercy’s Birds, her second, were selected for Books for the Teen Age lists by The New York Public Library. Her third YA novel, Raspberry House Blues, was published in Fall 2000 to excellent reviews. All three novels feature strong female teen protagonists and have been praised for the true representation of character, and especially, dialogue. Search of the Moon King’s Daughter is a new work of historical fiction, already being well received. Linda Holeman lives in Winnipeg.