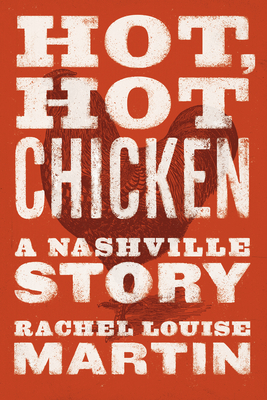 A deep fried deep dive into the history of Nashville's most famous food. Hot, Hot Chicken explores the origins of the dish and its place in the city's tangled history of race and segregation.

— Steve
These days, hot chicken is a "must-try" Southern food. Restaurants in New York, Detroit, Cambridge, and even Australia advertise that they fry their chicken "Nashville-style." Thousands of people attend the Music City Hot Chicken Festival each year. The James Beard Foundation has given Prince's Chicken Shack an American Classic Award for inventing the dish. But for almost seventy years, hot chicken was made and sold primarily in Nashville's Black neighborhoods--and the story of hot chicken says something powerful about race relations in Nashville, especially as the city tries to figure out what it will be in the future. Hot, Hot Chicken recounts the history of Nashville's Black communities through the story of its hot chicken scene from the Civil War, when Nashville became a segregated city, through the tornado that ripped through North Nashville in March 2020.
Rachel Louise Martin is a writer and public intellectual. She holds a PhD in women's and gender history from the University of North Carolina, Chapel Hill. Her work has appeared in O Magazine, Oxford American, The Atlantic online, Bitter Southerner, CityLab, and Catapult. She has been featured on the BBC's Food Chain, KCRW's Good Food, and The Michelle Meow Show.