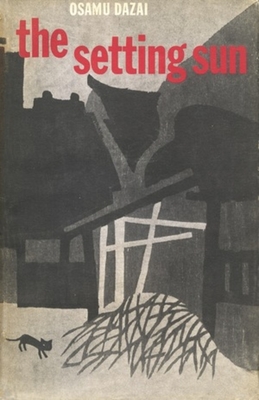 Now in a beautiful gift cloth edition, a masterpiece of postwar Japanese literature

This powerful novel of a nation in social and moral crisis was first published by New Directions in 1956. Set in the early postwar years, The Setting Sun probes the destructive effects of war and the transition from a feudal Japan to an industrial society. The influence of Osamu Dazai’s novel has made “people of the setting sun” a permanent part of the Japanese language, and his heroine, Kazuko, a young aristocrat who deliberately abandons her class, a symbol of the anomie which pervades so much of the modern world.

OSAMU DAZAI was born in 1909 into a powerful landowning family of northern Japan. A brilliant student, he entered the French department of Tokyo University in 1930, but later boasted that in the five years before he left without a degree, he had never attended a lecture. Dazai was famous for confronting head-on the social and moral crises of postwar Japan before he committed suicide by throwing himself into Tokyo’s Tamagawa Aqueduct. His body was found on what would have been his 39th birthday.

Donald Keene, the author of dozens of books in both English and Japanese as well as the famed translator of Dazai, Kawabata, and Mishima, was the first non-Japanese to receive the Yomiuri Prize for Literature.
What I despise about Dazai is that he exposes precisely those things in myself that I most want to hide.
— Yukio Mishima

From the point of view of wholesome common sense, Dazai’s writings may be regarded as the soliloquies of a deviant.
— Yasunari Kawabata