The Iceberg: A Memoir (Paperback) 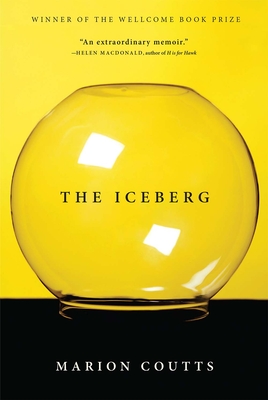 The Iceberg: A Memoir (Paperback)


Availability to be confirmed
Winner of the Wellcome Prize A finalist for the Samuel Johnson Prize and the Costa Award "A memoir quite unlike any other. It has the strength of an arrow: taut, spiked, quavering, working to its fatal conclusion...an extraordinary story told in an extraordinary way."--The Sunday Times "The most heartbreaking memoir of the year."--Independent on Sunday Winner of the Wellcome Book Prize, and finalist for every major nonfiction award in the UK, including the Samuel Johnson Prize and the Costa Award, The Iceberg is artist and writer Marion Coutts' astonishing memoir; an "adventure of being and dying "and a compelling, poetic meditation on family, love, and language. In 2008, Tom Lubbach, the chief art critic for The Independent was diagnosed with a brain tumor. The Iceberg is his wife, Marion Coutts', fierce, exquisite account of the two years leading up to his death. In spare, breathtaking prose, Coutts conveys the intolerable and, alongside their two year old son Ev--whose language is developing as Tom's is disappearing--Marion and Tom lovingly weather the storm together. In short bursts of exquisitely textured prose, The Iceberg becomes a singular work of art and an uplifting and universal story of endurance in the face of loss.