Poe Evermore: The Legacy in Film, Music and Television (Paperback) 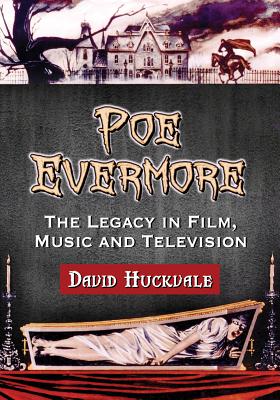 Poe Evermore: The Legacy in Film, Music and Television (Paperback)

Edgar Allan Poe exerted a profound influence on many aspects of 20th century culture, and continues to inspire composers, filmmakers, writers and artists. Popularly thought of as a horror writer, Poe was also a philosophical aesthete, a satirist, a hoaxer, a psychologist and a prophet of the anxieties and preoccupations of the modern world. Alphabetically arranged, this book explores Poe's major works both in their own right and in terms of their impact on others, including Baudelaire, who translated his works into French; Debussy, Rachmaninoff and the Alan Parsons' Project, who set them to music; Roger Corman, Federico Fellini and Jean Epstein, who interpreted his visions for film audiences; and television shows such as The Six Million Dollar Man and Time Tunnel, which borrowed his imagery (and, in the case of The Simpsons, sent it up). A wide range of other responses to his compelling Tales of Mystery and Imagination, his poetry and the theoretical writings, combine strongly to suggest that Poe's legacy will indeed last forevermore.
David Huckvale has worked as a researcher, writer and presenter for BBC Radio and as a lecturer for various universities in England. He lives in rural Bedfordshire.