A Sense of Community: Essays on the Television Series and Its Fandom (Paperback) 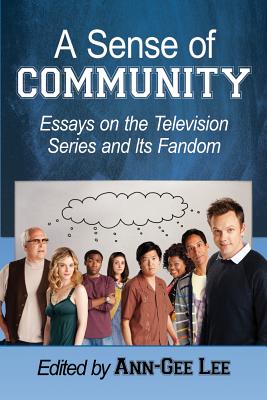 A Sense of Community: Essays on the Television Series and Its Fandom (Paperback)

Television's Community follows the shenanigans of a diverse group of traditional and nontraditional community college students: Jeff Winger, a former lawyer; Britta Perry, a feminist; Abed Nadir, a pop culture enthusiast; Shirley Bennett, a mother; Troy Barnes, a former jock; Annie Edison, a naive overachiever; and Pierce Hawthorne, an old-fashioned elderly man. There are also Benjamin Chang, the maniacal Spanish teacher, and Craig Pelton, the eccentric dean of Greendale Community College, along with well-known guest stars who play troublemaking students, nutty professors and frightening administrators. This collection of fresh essays familiarizes readers not only with particular characters and popular episodes, but behind-the-scenes aspects such as screenwriting and production techniques. The essayists explore narrative theme, hyperreality, masculinity, feminism, color blindness, civic discourse, pastiche, intertextuality, media consciousness, how Community is influenced by other shows and films, and how fans have contributed to the show.
Ann-Gee Lee is an assistant professor of English at the University of Arkansas-Fort Smith. She teaches first-year writing courses and upper-division rhetoric courses. She lives in Fort Smith.