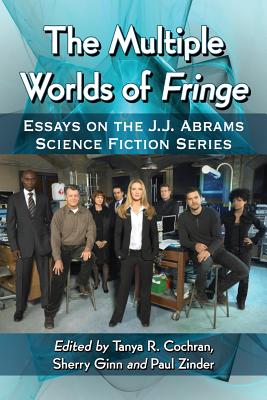 With diverse contributions from scholars in English literature, psychology, and film and television studies, this collection of essays contextualizes Fringe as a postmodern investigation into what makes us human and as an examination of how technology transforms our humanity. In compiling this collection, the editors sought material as multifaceted as the series itself, devoting sections to specific areas of interest explored by both the writers of Fringe and the writers of the essays: humanity, duality, genre and viewership.
Tanya R. Cochran is an associate professor of English at Union College in Lincoln, Nebraska. Among other works, she has coedited collections on Firefly and Serenity as well as Reading Joss Whedon. Sherry Ginn is a retired educator currently living in North Carolina. She has authored books examining female characters on science fiction television series as well as the multiple television worlds of Joss Whedon. Edited collections have examined sex in science fiction, time travel, the apocalypse, and the award-winning series Farscape, Doctor Who, and Fringe. Paul Zinder is a senior lecturer of film production at the University of Gloucestershire. He has published essays on various cult and genre television series, including Alias, Deadwood, Justified and Veronica Mars.