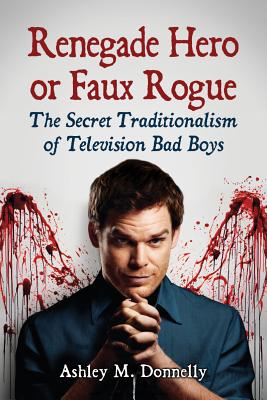 This book explores the presence of the anti-hero in mainstream dramatic serial television. It offers critical examinations of Dexter, Sons of Anarchy, True Blood, Breaking Bad, and Boardwalk Empire. What purpose might such unusual protagonists serve in today's culture and what do their tales tell about U.S. political and economic issues from 2008 to 2012? The author discovers how the characters that seem initially so different prove to be strong examplars of established forms of power, such as white patriarchy and late capitalist interests. The study finds that even when the characters are groundbreaking fictional figures, they are all eventually written into submission by the narratives of their series, echoing the same tales of fictitious heroism recycled in American television narratives for decades. New trends in television narratives are discussed--with the expectation that perhaps future dramas will free audiences from oppressive narratives rather than continue to normalize them.
Ashley M. Donnelly is an assistant professor of telecommunications at Ball State University in Muncie, Indiana. Her work centers on the study of popular culture and ideology as well as gender and women's studies.