The Corn Was Green: The Inside Story of Hee Haw (Paperback) 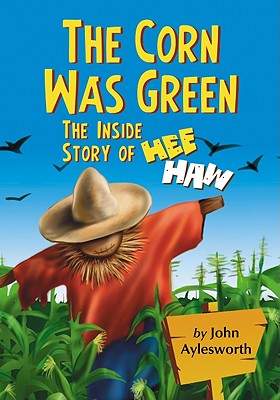 The Corn Was Green: The Inside Story of Hee Haw (Paperback)

Reviled by critics but beloved by an extraordinarily faithful audience, Hee Haw was seen in over 15 million homes a week during the height of its popularity. Many years after going off the air, Hee Haw remains the longest running variety show of its type in television history, having aired for nearly 600 episodes during its decades-long run. This book tells the complete story of how one of America's classic television programs was created by two Canadians in Beverly Hills. Series co-creator John Aylesworth provides an intimate, behind-the-scenes look at some of Hee Haw's best--and worst--moments, from the show's shoestring beginnings in a tiny Nashville studio; to the Great Country Massacre of 1971, which saw the cancellation of Hee Haw, The Beverly Hillbillies, Green Acres, and several other country shows on CBS; to its unprecedented success in syndication. Richly illustrated with dozens of the author's personal photographs and memorabilia, the book also includes one appendix providing a complete list of Hee Haw episodes from 1969 to 1992.
The late John Aylesworth was an award-winning television writer and producer, playwright, and author who was associated with the entertainment industry since the 1950s. In addition to co-creating Hee Haw, Aylesworth also received a Peabody Award for Frank Sinatra, A Man and His Music and created the longest running game show on Canadian television, Front Page Challenge. He lived in Palm Desert, California.