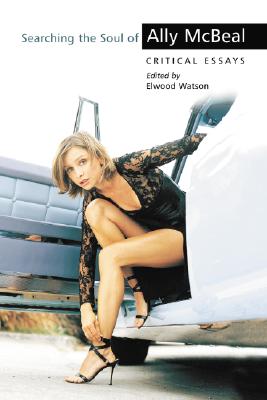 Ally McBeal, the popular Fox television series (1997-2002), was both groundbreaking and controversial. With its challenging presentation of gender roles and gender politics, the show provided fuel for an ever-expanding international debate over feminism and the roles of women in modern society. In 1998, Time Magazine ran a cover story featuring a photo of the Ally McBeal character alongside three of the feminist movement's most memorable figures. The article was suggestively entitled, Is Feminism Dead? This collection of essays addresses that important question as it relates to the presentation of women's behaviors, desires and images in Ally McBeal. It considers the challenges that women's sexuality presents to feminism and looks at feminist thought regarding female professionalism and contemporary marriage. Also discussed is the struggle for an understanding of masculinity in light of feminism's growing challenge to patriarchy. Other topics include the series' groundbreaking narrative structure, its critique of society and the law in the early 21st century, and its treatment of minority characters. Contrary to the implications of Time Magazine's coverage, this book argues that Ally McBeal is a positive feminist text from the perspective of post-feminist theory.
Elwood Watson is a professor of History and African American Studies at East Tennessee State University in Johnson City, Tennessee.