The Aesthetics of Culture in Buffy the Vampire Slayer (Paperback) 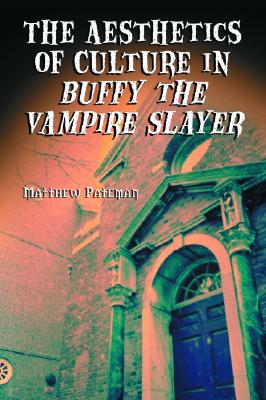 The Aesthetics of Culture in Buffy the Vampire Slayer (Paperback)

On the TV screen as elsewhere, there is often more than meets the eye. For decades, television has offered not just entertainment, but observations--subtle and otherwise--on society. This book examines the cultural commentary contained in Buffy, the Vampire Slayer, a show that ran for seven seasons (1997-2003) and 144 episodes. On the surface, Buffy is the marriage of a high school drama to gothic horror. This somewhat unusual vehicle is used to present, via the character of Buffy, fairly typical views of late 20th century culture-teenage problems; issues regarding a broken home; and the search for meaning and validation. In addition, subtler themes, such as cultural views of knowledge, ethnicity and history, are woven into the show's critique of popular culture. Organized into two sections, this volume offers an in-depth examination of the show: first, through the lens of Buffy's confrontation with culture, and second, from the complex perspectives of the individual characters. Issues such as values, ethical choices and the implications of one's actions are discussed--without ever losing sight of the limitations of a medium that will always be dominated by financial concerns. The final chapter summarizes what Buffy has to say about today's society. An appendix lists Buffy episodes in chronological order.
Matthew Pateman is Head of School, Performance and Screen Studies at Kingston University Kingston, Surrey.