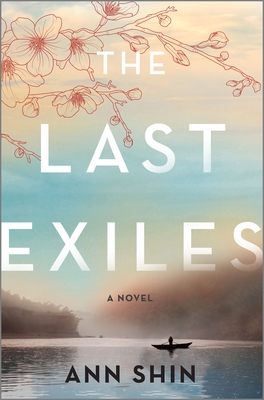 A university student in North Korea risks everything to find her boyfriend after he disappears. This epic debut novel by award-winning documentary filmmaker Ann Shin is inspired by true stories of resilience.

A thought-provoking, poignant and unflinching novel. --Jean Kwok, New York Times bestselling author of Searching for Sylvie Lee An unforgettable saga inspired by true events, The Last Exiles is a searing portrait of a young couple in Pyongyang and their fight for love and freedom Jin and Suja meet and fall in love while studying at university in Pyongyang. She is a young journalist from a prominent family, while he is from a small village of little means. Outside the school, North Korea has fallen under great political upheaval, plunged into chaos and famine. When Jin returns home to find his family starving, their food rations all but gone, he makes a rash decision that will haunt him for the rest of his life. Meanwhile, miles away, Suja has begun to feel the tenuousness of her privilege when she learns that Jin has disappeared. Risking everything, and defying her family, Suja sets out to find him, embarking on a dangerous journey that leads her into a dark criminal underbelly and tests their love and will to survive. In this vivid and moving story, award-winning filmmaker Ann Shin offers a rare glimpse at life inside the guarded walls of North Korea and the harrowing experiences of those who are daring enough to attempt escape. Inspired by real stories of incredible bravery, The Last Exiles is a stunning debut about love, sacrifice and the price of liberty.