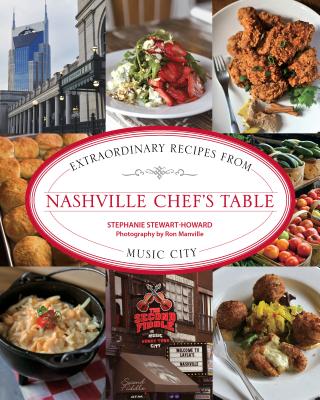 
Availability to be confirmed
Nashvillians have a special appreciation and pride in both the low and high culture of their city a mix of divey, soulful magic and innovative new South that make this city great. It's a variety that shows up in the music, for sure, but also in the food.
Stephanie Stewart-Howard's is a journalist and author whose resume also includes work as an artist, actor, costume designer and researcher. She received her BA and MA from the Universities of Iowa and Nebraska (Omaha), respectively. After spending several years as managing editor and primary writer at Nashville Lifestyles magazine, she decided to leap into the book and freelance world. She has contributed to Nashville Arts, Cheers!, Sports Nashville, Volkswagen's Das Auto, NFocus, The Tennessean and many more publications. She writes regularly on matters of fashion, culinary topics, travel and the arts. Stephanie was born in Virginia and brought up worldwide thanks to her dad's career in the Air Force and corporate America. She now resides in an old farm house in Williamson County, Tennessee with her husband Seth (an IT professional and bladesmith) and their two cats. The couple is active in the medieval and ancient world living history movements, as well as a variety of arts and crafts. Ron Manville is a culinary/lifestyle photographer who has photographed sixty-six cookbooks that have garnered seventeen National and International awards, including four James Beards. He is a contributing photographer for Art Culinare, Grace Ormonde's Wedding Style magazine, Local Palate, Nashville Lifestyles, and many other publications. Ron was Team USA's photographer at two IKA Culinary Olympics competitions in Erfurt, Germany to highlight a long-term association with the American Culinary Federation. He is a co-founder of Buttermilk Trace, a writer-driven Southern Creative Consortium based in Nashville Tennessee. He is an RIT graduate, a US Navy veteran, and resides in Nashville with his wife Christine.