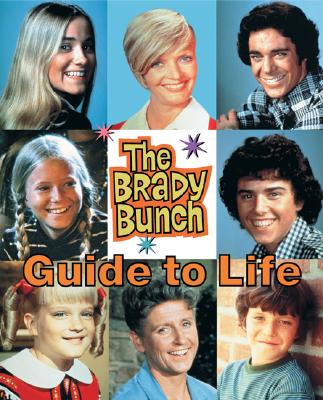 The quirky wisdom and sensible advice of "The Brady Bunch," the first family of 1970s television, has been culled from five seasons of episodes and condensed into a pocket-sized guide to life, Brady style. It's the perfect kitschy slice of nostalgia for anyone who enjoys the occasional rerun of this TV classic.

Paul Ruditis started his Hollywood career as a tour guide at Paramount Pictures. He worked his way up the studio ranks to the publishing division of Viacom Consumer Products where he managed movie and television tie-ins for the media company. Eventually he left to pursue a writing career and has since written and contributed to books based on such notable TV shows as Buffy: The Vampire Slayer; Sabrina: The Teenage Witch; Star Trek: Voyager; Star Trek: Enterprise; and The West Wing. He is co-author of The Book of Three, the official episode guide for Charmed. He resides in Burbank, CA.